Till Fraud Do Us Part 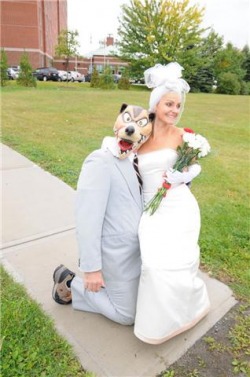 Personal History/Involvement in this Issue

My name is Lainie Towell and I am a Canadian citizen. In April 2007, I married a man from Guinea West Africa, and sponsored him to come to Canada. He landed on December 31, 2007. Twenty-nine days later, he mysteriously disappeared without a trace, leaving me financially responsible for him and accountable for any social assistance that he collected. His disappearance occurred shortly after I discovered an email he wrote. It said that he had fathered a child in Guinea with a young girl – a child that he never declared to me or in his immigration application.

After reporting my case to Citizenship and Immigration, CBSA, The RCMP, an immigration lawyer, and my local police, I was told that nothing could be done because marriage fraud was next to impossible to prove. Refusing to remain a victim, I decided to go public with my story. Shortly after it hit the media, an Ottawa immigration lawyer named Warren Creates was interviewed on CBC about my story. Creates said that I did have a case because my estranged husband had misrepresented a material fact. A few weeks after that, CBSA called me to say that they were launching an investigation because they had read about my story in Ottawa’s local francophone newspaper.

On March 24, 2009, my estranged husband was issued a removal order for misrepresentation, but not for marriage fraud. (This was not a surprise as I was told marriages of convenience are next to impossible to prove.) However, because my ex husband is a permanent resident, he was able to appeal the decision.  Legally, I am still his sponsor during his appeal period process that can take up to two years.